Information are not enough to change our behaviour – Interview with Jan Krajhanzl, eco-psychologist from the Masaryk’s University in Brno

Home/Citizen Journalist - Climate & Energy, Kristina Hudekova/Information are not enough to change our behaviour – Interview with Jan Krajhanzl, eco-psychologist from the Masaryk’s University in Brno
Previous Next

Information are not enough to change our behaviour – Interview with Jan Krajhanzl, eco-psychologist from the Masaryk’s University in Brno 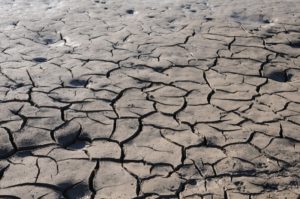 On the international non-shopping day we made a test to see if people are willing to buy unethical products when they have all information about their origin. We opened a stall on a farmer’s market where we sold very cheap chocolate, coffee, bananas and other goods and openly told every customer that, for example, on the coffee plantation we use child labour or the bananas that we sell are so cheap thanks to a very intensive pesticide application on the monoculture banana plantation. We have even shown them pictures. What did the people do? They bought the stuff anyway.

How is it possible that even though they had all the information, it did not stop them from buying those things? We asked this question eco-psychologist Jan Krajhanzl from the Masaryk’s University in Brno: „I’d rather be surprised if the information did change people’s behaviour. This idea that information can change our opinions or modify our behaviour has been overcome since the beginning of the eighties. Look for instance at healthy diet – people do have enough information about their diets but does everyone eat healthy? We know that we should exercise every day but do we? People simply don’t act that way. “ 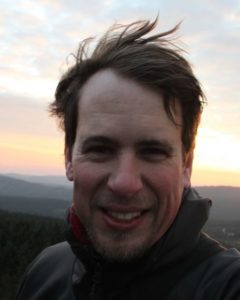 Informing is not enough

But how come? We are taught from a very young age to be rational and wise. Why don’t we consider the facts? „There are plenty of reasons for that. Only a small part of the population reacts to the ethical arguments. Our behaviour is influenced by many things at once. The situation, in which we are, plays a considerable role. When I saw your stall on that market, I thought it was indeed a real shop. So you were telling people about all the bad things which are happening during the production of these goods but nonverbally you were telling them that it was a place to buy things. And this played in my opinion a significant role, “says Krajhanzl.

OK, so how should we communicate the ethical and environmental problems to people who do not react to the ethical arguments? „That is a big question. Perhaps one of the options is to show them examples, give them inspiration. Like a celebrity ombudsman, “ says Krajhanzl.

Our stall at the Farmer’s market was not only a place to buy goods. We sent each customer to the back of the stall where we explained to them what they really supported by their purchase and discussed with them about the reasons why they did buy the unethical products. One of the most common reasons they gave us was that they were really sorry for every bad thing that is happening in the world but they did not know any less harmful alternative or a way how to avoid all the suffering and environmental devastation. They felt like their own shopping cannot change a thing and it is therefore pointless to choose bio or fairtrade products.

„That is a big issue because people do not realise that if many of them at once decided not to buy for example exotic fruits because they did not like the working conditions at the plantations, they really could make the owners of the plantations change the situation for the better. We can make a change through our consumer choices. That is why it is important to explain the consequences of their actions in concrete measures, using examples they can imagine, “ explains Krajhanzl.

However, there will always be a part of the population that will say that none of this matters and that the problems should be dealt with in the countries where they are happening. They simply give up their part of guilt as people who are creating the demand for such harmful products. Why do they try to give up their share of responsibility?

„This is a typical reaction of someone who feels under pressure and does not know how to deal with it. They feel guilty and are trying to find something that would take the burden of responsibility of their shoulders, “ thinks Krajhanzl.

So this means that Donald Trump and other climate deniers are simply scared? „Part of them surely is. They deny it because of their fear and feeling under pressure.“

Are we waiting for a disaster?

People are starting to realise something however. I see ever more often pictures of drowning polar bears on the social networks. Even though they do not change their bad habits. Why is there this discrepancy? „As I already mentioned, it simply is not enough to rely on informing the society. I am sure that if there was a baby polar bear dying in front of Mrs. Novak’s eyes, she would surely help it. The environmental issues have this drawback that people do not see direct impact of their activities. It is too abstract or far away, “ explains Krajhanzl.

Based on this logic, people living in places which already suffer under the problems caused by the climate change should be more eco-friendly. Will there have to be a catastrophe to make us wake up and change our lifestyles?  „Honestly, I am not sure that even this will help. If some disaster caused by climate change would come, it would also be very important how the media inform about it – how many of them would say that such events have always been happening or that they are a consequence of climate change,“ says Krajhanzl.

That can be seen for example in Austria. Environmental thinking is a part of their national identity even though they do not really feel the impacts of climate change on their everyday lives. What did they do differently? „It took them a long time and many debates to get to this point,“ states Krajhanzl. Besides time it also takes political influence. “The environmentalists can’t just stay in their own activists ‘ghetto’ and persuade the persuaded. They need to find a way to communicate their work to a broader public,“ thinks Krajhanzl.

Communication is the key

So it is necessary to get into politics? Because people are nowadays somehow tired of it and are turning towards the anti-systemic movements. „It is necessary to articulate these ideas among the politicians as well. I do not know any anti-system movements in the world that managed to make a significant change in their country. Each of the big movements got political at some point,“ says Krajhanzl.

How come that the environment is nowadays a topic which is often ignored by the politicians? During the Velvet Revolution it was one of the main topics in Slovakia and Czech Republic. Where did it disappear from the public discourse? „Well, in the 90., there were still plenty of debates about the environment and the environmental movement has been communicating with the public a lot. After the year 2000 the NGOs became ever more dependent on grants and other financial mechanisms which made them focus more on the project activities and less on the campaigns and contact with the broad public. Nowadays they are only capable of reactions to some of the most serious environmental issues and statements, such as climate scepticism of our former president Vaclav Klaus but that is pretty much it. They know how to write projects and get grant money but they forgot how to work with public,“ thinks Krajhanzl.

Read the article in Slovak here.