Job Shadowing in Bulgaria and The Netherlands!

Home/News/Job Shadowing in Bulgaria and The Netherlands!
Previous Next

Job Shadowing in Bulgaria and The Netherlands!

After a busy Job-Shadowing spring, there were two more exchanges in summer 2017. NAMRB and The Hague Academy for Local Governance were hosts in the frame of LADDER’s Job Shadowing activity. This time with a special JS, The Hague Academy invited his guest to participate in one of its summer courses.

From the 26th to 30th June 2017, Waldemar Grzegorczyk from Union of Rural Communes of the Republic of Poland 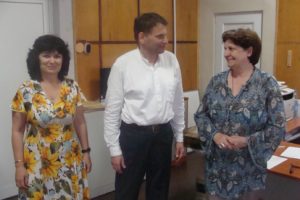 (URC RP) did his job shadowing at the National Association of Municipalities in the Republic of Bulgaria (NAMRB). During these 4 days Mr Grzegorczyk and his hosts discussed issues of informal education, the role of Local Authorities as drivers for change and exchanged on minorities’ inclusion into local society focusing on Sinti&Roma. In the context of the latter, the guest had the chance to visit two local schools which are mainly dealing with Roma pupils and parents. Mr Grzegorczyk acknowledged that good co-operation between these schools and the local community enhanced the inclusion of Roma into the community of Kyustendil. A meeting with a local Roma community leader was an eye-opening experience, it gave a different perspective on minority matters and the model of co-operation between local communities and minority leaders could be replicated in Poland. Meetings with the Kyustendil City Hall officials such as the Director of Culture, Education, Youth Activities & Sport Department and he Municipality Chief Architect gave insight into sustainable tourism. Within this context the host had organised a visit to Hissalryka Fortress (cultural heritage site) and attendance of a folklore dance competition. This inspired the guest on how culture, heritage and supporting local level come together in these places and events. Mr Grzegorczyk’s lesson learned during this job shadowing: “If there is a will, there is possibility to solve any issue. And the common interest and the lack of prejudice-this is the key to success!”

The next JS took place from the 3rd to the 7th July 2017, Mr Marjan Huc from Slovenian Global Action (SLOGA) was 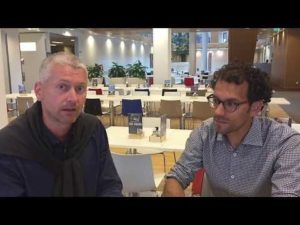 hosted by Lars Burema from The Hague Academy for Local Governance. This Job Shadowing was special as it was combined with the summer course “A local perspective to the Sustainable Development Goals” organized by The Hague Academy. The course stressed the relation between decentralisation and the achievement of the 2030 SDGs. Mr Huc was introduced to new concepts such as Territorial Approaches to Local Development (TALD) and Political Economy Analysis (PEA), which he could potentially apply in his home institution. Furthermore, this course discussed strategies for local empowerment and Jamie Boex, international expert in fiscal decentralisation, shed light on inter-governmental fiscal relations. The host recognized this as a possible area of cooperation between SLOGA and The Hague Academy in the local pursuit of SDGs. Presentations about Local Governance systems and the localization of public services/development inspired Mr Huc for future involvement of LAs in some of SLOGA’s activities. Mr Huc concluded that participation in this course as part of his JS has been an excellent experience which will “very much improve [his] engagement and knowledge when planning further future activities, hopefully also in the frame of LADDER but as well directly cooperating […] with The Hague Academy.” For more feedback, watch the video above.

After the summer break, fruitful Job Shadowing activity continues in autumn with further exchanges. Follow LADDER news to be updated on all inspiring tandems and learn more about the functioning of Local Authorities and NGO’s.