Lessons from Liverpool: An insight from the Greens Congress 2017

Lessons from Liverpool: An insight from the Greens Congress 2017

Two weeks ago, the capital of the Beatles: Liverpool (UK), hosted a multilateral Congress. The Green Party of England and Wales, the European Green Party (EGP) and the Global Greens gathered around 2000 people coming from different parts of the globe.

I was part of the Spanish Delegation (representing EQUO). As a beginner in the world of politics, I paid attention to every detail and tried to learn as much as possible. From the EGP discussion of resolutions to the voting process, I could witness how European policies are framed from a green perspective. Generally, these type of events try to give some guidance to the green movement in order to face the current and future threats of climate change and social injustice. The delegation supported the French in developing a resolution about an international crime prosecuting damages to the environment.

As a member of the Permanent Commission of the Spanish Young Greens, I was representing the Delegation together with Djalel Boukerdenna in the Global Young Greens (GYG) Congress. This international organization took advantage of the global meeting in order to rethink its role and change the structures that had made it very inoperative. Now, with a new Steering Committee full of committed young people, the GYG wants to become the organization we need.

There were many inspiring speeches, I was specially empowered by Isabella Lövin, Swedish Deputy Prime Minister and Minister for International Development Cooperation and Climate, and Christine Milne, Global Greens Ambassador and former Leader of the Australian Greens. Also, interesting workshops such as the role of youth in sustainability (offered by UNICEF) and another about the Dutch national campaign, in which the Greens have accomplished a great success.

However, what really impressed me is how a growing community interacts and the feeling that what matters at the end of the day is humanity. There was time for debate, small talk, even for some beers in the closest bar to the hostel. I kept feeling the sense of commitment of my colleagues, some which have become friends, not only in the political sphere but in the social one as well.

In a time of increasing conflict and unreliability, the policies of the Green parties – especially in Europe – offer an alternative. What moves us is not only the love for nature and the awareness of our abuses to the environment, but also the belief in equal access to resources, protection of the Global Commons and a system that gives opportunities to the most vulnerable. 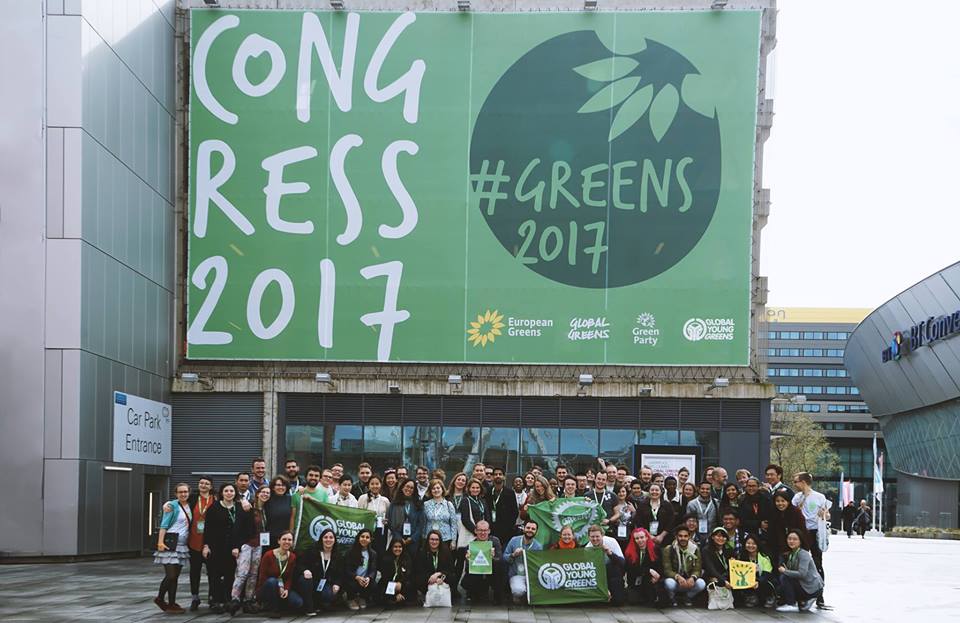