The potential of Urban Labs: Maastricht and its M-LAB

The potential of Urban Labs: Maastricht and its M-LAB

The study of Science, Technology and Innovation Policy (STI onwards) can be understood as analogous to production, commercialization and mainstreaming of knowledge. Even there is a clear evolution in the terminology, the terms are still interdependent and co-exist with one another. Because of this conceptual variety, STI policies can take on different forms.

A relevant case of a STI policy in the city Maastricht is the Maastricht- LAB (or M-LAB), established in 2012. The laboratory is an innovation system competing with outside stakeholders, though it functions in close cooperation horizontally as well as vertically within the municipality.

Local governments are facing challenges like economic decline and demographic stabilization that cannot be solved with existing instruments, consequently, they need to innovate in their way of governing. The Municipality of Maastricht created the LAB in order to explore new ways for urban development aiming to give solutions to themes like vacant real estate, repurposing of buildings, temporary usage, gradual transformation, sustainability and co-creation.

Experimentation is one the normative principles of STI policies and it is at the core of this new type of laboratory. However, we find three sub-types of labs: Living Labs, on the one hand, are related to the trend of user- driven innovation in which users have an active role in the public sector. On the other hand, City Labs respond more to the structure of classical public- private partnerships where a joint effort is central. Urban Labs, on the contrary, are not only hybrid but they also have an integrated and interdisciplinary approach.

The M-LAB was an initiative of the Municipality and it is funded by it, but they have different partners as Creative Industries Fund NL, Platform 31 and the Cultural Heritage Agency (of the Dutch Ministry of Education, Culture and Science). It is mainly dependent on the area of spatial development but other policy areas such as social affairs and culture have influence too. The leadership of the LAB is shared between two project leaders, one from the municipality and the other from the private sector.

The LAB itself has gone through a process of transformation. In the first phase of the LAB (2012-2014), the Municipality had the role of initiator and the approach was merely exploratory. However, seven experiments were concluded during that period. Given the great response of citizens and the diversity of new ideas, co-creation was given preference in the design as well as in the implementation. Therefore, the second phase started (2014- present). It was less controlling and created space for individuals and entrepreneurs to raise their voices and present proposals. A City-makers network was set-up to share resources, time and knowledge. We could argue that the M-LAB has been the Urban type since the beginning, being developed more and more in its own diversity after 2014.

As mentioned before, one of the problematics faced in Maastricht in regard to urban development was the vacant real state. The Brandweer is an old fire station; located in Capucijnenstraat, part of the old industrial area of the city (Belvédère), that is going now through a process of gradual transformation. The building is an icon of the architecture of the 70s thus a beloved piece for the city, unfortunately, all the proposals that were presented were above budget. It had been used for ten years by different artists that paid a minimal rent but the structure of the building deteriorated. Being the primary concerns financial, the LAB eventually succeeded and co-work with potential users of the space to create a new concept. Now there are three main components: a restaurant, that allows financial sustainability; a central space in which social events of different nature take place (see Figure 1) and studios for artists and entrepreneurs, following the origins of the project. 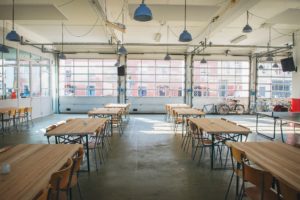 Figure 1: Picture of one of the spaces in the Brandweer Source: Brandweer Facebook (2017)

Why is the Brandweer transformation relevant for society?

At a first sight, we might question the relevance of this initiative for the life in Maastricht but indeed it is. Obviously, Urban LABs present financing problems and even accountability, as the projects (that fail) do not have any legal or political impact on the municipality or the LAB itself. On the contrary, they present a unique experience for innovation but also for economic development that is both sustainable and inclusive. It is hard to imagine how the Brandweer would look like if a private investor had bought the property. Most probably, the building would had been demolished and luxury apartments that bring appealing profits would be there instead. How a city develops its urban space is not only a matter of urban or economic development, it is also about the soul of the city, its present and future, if it is united or gentrified. The development of this policy experiment is still unknown but the tools and synergies created are invaluable not only for the city or the municipality as such, but also for the citizens that feel empower and heard. Citizens are more and more ready to use their professional skills for the common good, LABs are spaces to capitalize this potential to transform cities.