Home/News/Job Shadowing activity goes on in spring 2017!
Previous Next

From March to May 2017, seven new peer-to-peer exchanges have been carried out. Once more these productive encounters resulted to have excellent outcomes, increasing the exchange of experiences and sharing good practices among the consortium. The Job Shadowings took place in Belgium, Greece, Turkey, Serbia, Malta, Ireland and Mallorca! 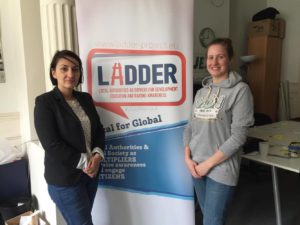 This experience “[…] was very useful and interesting! I was pleased to learn more about JEF and their actions towards youth contribution and participation to the implementation of SDGs”. Ms Ionescu (ENNA)

As both organizations are involved in the Youth Path, the results of this JS were very fruitful and mainly focused on youth issues. The main aspects taken into account during the 4 days were how SDGs could directly address and target young people in the 2030 agenda as well as what the ideas and actions for 2017 future projects are. The work was centred around actions that JEF is implementing within the Youth in Development thematic path in the LADDER project: the development of a Thematic Path handbook which JEF focuses on, the connection of young people with SDGs, the special initiative organized by JEF and the “youth4global.com” website. 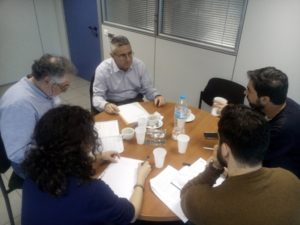 “It was challenging to see all these passionate people speaking about projects of local development, growth, education and capacity building processes. I will use a lot of the things learnt here  in CIME.” Fabio Masini

Mr Masini had the opportunity to visit Greek local municipalities and to meet representatives of the micro-projects supported by LADDER and its regranting scheme action (2016 call). He also met a representative from the Greek Ministery of Interior, who is overseeing SDGs implementation and territorial cooperation. The main topic discussed  by EGTC & CIME was, the way Local Authorities (LAs) are considered as a connection point between top-down and bottom-up approaches to local development.

“[…] New ideas are coming from young people and this helps the organization to be run in a better way, and in a great atmosphere.” Sonja Afanasjeva

Ms. Afanasjeva was impressed by the young age of the MMU staff. To her, this was a noteworthy aspect of this organisation as she is advocating youth policies. Ms Afanasjeva visited several of Istanbul’s municipalities (youth/ children centres, etc.) and saw how much is being done at the local level to engage young people in active social life, education and access to employment. Ms Afanasjeva met some local youth NGOs which made her think about potential cooperation with Turkish youth organizations. She observed that the council has good connections with policy makers which facilitates the voicing of young people’s opinions at the local level. 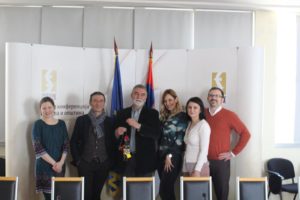 “I learned from your behaviour that it is important not to lose one moment when we have to do something.” Natale Giordano

Mr. Giordano is especially interested in the cultural cooperation to promote sustainable development, culture, sports and environmental tourism as well as self-entrepreneurship of young people. Deeming the Balkans as a very dynamic area of great interest, COPPEM is interested in enlarging its membership in the Balkan area to ‘pre-EU-accession’ countries like Serbia. During this Job Shadowing, it was discussed how COPPEM – SCTM cooperation in the field of local-level culture and cultural heritage could be improved. Mr Giordano attended several meetings with representatives of Serbian municipalities and exchanged with them on best practices to preserve and valorize cultural heritage. 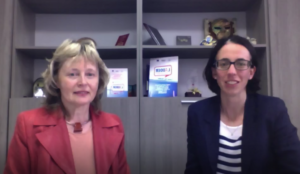 “[A] wonderful opportunity to exchange about experiences between Civil Society Organizations and Local Authorities in Malta”. Natalia Shovkoplias

Natalia Shovkoplias who is also a member of ALDA’s governing board, had the opportunity to see different CSOs and have meetings with local authorities for further cooperation. Ms Shovkoplia talked with young CSO leaders from the Mediterranean area about climate change issues and migration, she revealed that this was particularly valuable as their assessment of the situation matters for the future. Ms. Shovkoplias pointed out that SDGs include crucial universal matters and thanks to SOS Malta she was introduced to new relevant methodologies which will be used by UTCS in order to motivate new stakeholders. 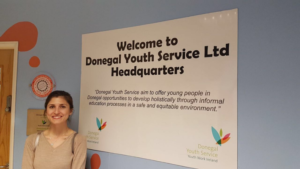 “The practices that I had a chance to observe inspired me to do the things differently back home and I’ve met new people with whom I can share my thoughts and projects and discuss about them.” Hatice Erkan

Ms Erkan joined the WEAR-project workshop on Women’s Health and Global Development during which they discussed issues related to gender inequality, health, education and local level support. The guest was introduced to Donegal County Council’s strategies such as the “Age Friendly Strategy” and visited Donegal’s Youth Service – a youth agency that delivers programmes and services to young people and got in touch with the “Secure” project which deals with innovative energy solutions. This project increases LA’s expertise and empowers citizens to become energy leaders. Ms Erkan shared the report on urban refugees published by MMU with Donegal’s Intercultural Platform, revealing problems and solutions Turkish municipalities encounter. 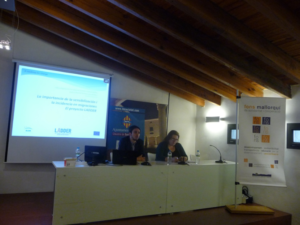 “The curiosity of children was highly maintained and it was interesting to join such an activity.” Nikos Gamouras

Mr Gamouras was introduced to the global citizenship concept in primary schools. He participated in a training on “Hate speech and Racism – directly or indirectly promoted through media and the press”. This allowed Mr Gamouras to seize the theoretical dimension of racism and apply it to concrete cases. The guest also participated in a conference on the role of LAs in development and challenges arising from the global migration and refugee situation. High relevant panellist such as the Spanish representative of UNHCR were present at the conference. He presented interesting comparative data on the global and European situation of migrants and refugees. Then the LADDER project and its DEAR and migration components were presented.