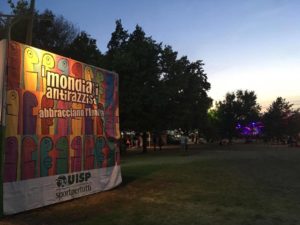 It has just ended one of my favourite summer initiatives, which has been fighting discrimination and xenophobia for more than twenty years: “I Mondiali Antirazzisti” (Anti-Racism World Cup).

This international sport event for racial inclusion, organized by UISP (Italian Union Sport for everyone), takes place every year in the small town of Castelfranco Emilia (near Modena), thanks to the participation of hundreds teams from all over Europe, including supporters and immigrants. This year, there was the attendance of Manchester United, Dortmund and Olimpique Marseille fans.

This original and brilliant event was born with the idea of promoting solidarity, brotherhood and integration through the sport. Playing volleyball, table tennis, basketball and, above all, football, followed and practiced all over the world, it becomes a way to have fun and to start a particular relationship with the “other”, under the slogan «Equals on and off the pitch». 2000 players, 174 teams, 29 rounds and 15 pitches for the football competition, 40 teams for the volleyball competition and 27 teams for basketball, divided in four days (4-9 July) and surrounded by tens of conferences, gigs and sharing moments. 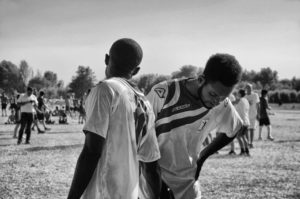 A new entry project is GoAll, with the participation of female and transgender teams from different country such as Turkey, Portugal, Serbia and Poland, in order to promote the fight against the homophobia and gender discrimination. GoAll wants to underline the difficulties which a gay and transsexual person, but also women in general, have to take on inside the world of sport. 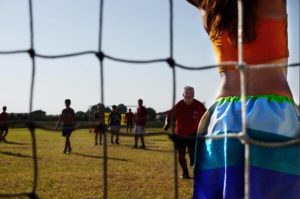 The international atmosphere creates heterogeneous and multi-cultural teams and it ensures that a real diversity of experiences can be shared. The initiative final goal is realizing a funny, political and flexible space where every one is open to the plurality and the cultural twist. Different teams from various backgrounds, nationalities and life experiences meet each other in a healthy competitiveness to create the opportunity of confrontation, reflection and deepening of diversity. In this way the “match” acquires its literal meaning of meeting, where the pitch is a neutral place of sharing through the game and its rules. 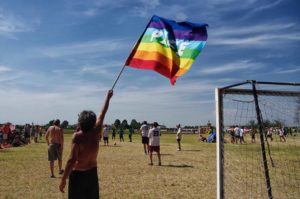 Inside the pitch each player spends time with the others, acting in three different ways: 1) expressing their self by playing their role and by helping the team to achieve the victory 2) paying attention to the others, because they need to understand what the teammates are doing 3) following and respecting all together the referee and the game rules. In addition, inside the pitch, every player is as equal as the other. Establishing a plan of equality who in ordinary everyday life is not, is designed to create a new positive experience and to make new relationships of friendship and debate.