From 1st to 4th December 2015, the second Special Initiative of LADDER project with focus on the Eastern Partnership, was held in Georgia.

The event was organised by NALAG in cooperation with ALDA and UBBSLA, and it was structured in 3 phases.

In the first phase all partners and other participants met in Tbilisi for a one-day conference, which represented the occasion to present the project of LADDER. The opening ceremony was delivered by Mr Stephan Stork – Head of Operations of EU Delegation to Georgia, Mr David Melua – Director of NALAG, and Mrs Imislawa Gorska – Vice-President of ALDA.

Mrs Antonella Valmorbida, Secretary General of ALDA, presented the LADDER approach, the goals and the global dimension of the project. “LADDER is not just a project – she stated – but a family, and each one of us has a specific role to play, in order to achieve results locally and globally”. This session was also animated by some representatives of LADDER partnership, namely Mrs Mariana Ivanova from UBBSLA – the Bulgarian Black Sea Local Authorities, Mrs Natalia Shovkoplias from UTCS –the Union of Towns and Cities of Slovakia, Mr Dmitriy Sokol from Lev Sapieha Foundation of Belarus, and Mr David Melua, Director of NALAG.

The first-day conference also included a meeting of the Eastern Partnership Working Group, where challenges and solutions related to the eastern area were discussed, and an intensive plenary session with three panels focusing on: 1) the role of Local Authorities in promoting Development Education and Awareness Raising; 2) Development Education in EaP countries and role of the civil sector; 3) summing up of the plenary.

In the second phase of the Special Initiative, the participants weresplit in three thematic groups as follows:

1. Thematic Group A – “Towards energy efficient municipalities. Strengthen the alliance with cities and municipalities through New Covenant of Mayors for Climate and Energy”.

This group moved for two days to Borjomi for the activities, which were coordinated by Mrs Natalia Shovkoplias from UTCS. During the workshops, best practices from the municipalities of Slovakia and Georgia in terms of good management of resources with a respectful approach to nature, energy efficiency and sustainability were presented. Also a visit on to a natural spring of the famous mineral water Borjomi was included in the programme. The two days of intensive work were concluded by a brainstorming session and the drafting of recommendations.

2. Thematic Group B – “Migration and Mobility – a challenge or an opportunity for local development”.

This group moved for two days to Kutaisi, coordinated by Mrs Nino Tvaltvadze, Delegate of the LDA Georgia. Representatives of Georgian Local Authorities contributed  to the debate and addressed migration and mobility from the Georgian perspective with a particular attention on how to raise awareness on these topics. The group also visited a Migrants information centre, learning how migration is addressed at the local level .

This group moved for two days to Telavi, coordinated by Mr David Melua, Director of NALAG. The activities focused on good practices of municipalities from rural areas of Belarus and Georgia about sustainable agriculture, with a site visit to the “Cooperative Shuman vine” that produces local Georgian wine.

The third phase of the Special Initiative regathered together all participants in Tbilisi, on the fourth and last day. The Special initiative was concluded by a wrap up session during which the thematic groups shared findings and conclusions with the rest of the participants and discussed the next steps of the EaP Path. 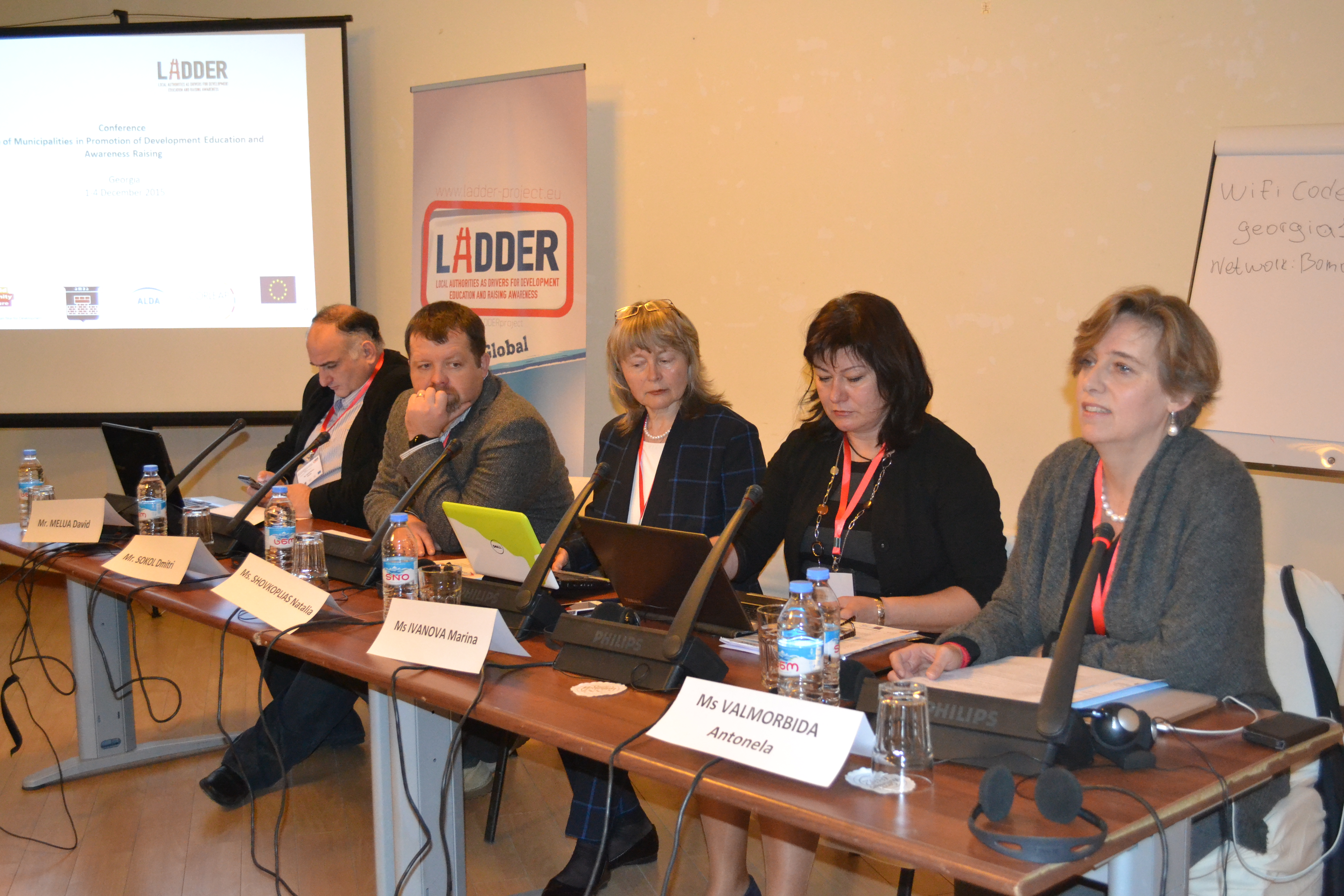