New expectations for a tired Europe

New expectations for a tired Europe 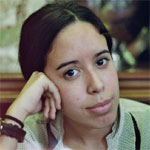 A citizen perspective – The Brexit is not just another alert. We, as Europeans, are witnessing how politics around the globe are becoming more and more polarized. It is evident in the United States of America with the questionable statements of the candidate of the Republican party, in the République Française where the Front Nationale is winning power; in Austria, where an extreme right wing party has been very near of becoming the first anti EU or “eurosceptic” government in the Union and, of course, in United Kingdom that leaves us after 43 years of membership.

Egoistical nationalism, fascism, racism are old skeletons in the cupboard of Europe emerging again. Even though currently we are not the best paradigm, we must remind that the European Union won the Nobel Prize for Peace and, today, this becomes the most important souvenir of the past golden days. The Union gave us the strength to see the similarities among us over the differences and tensions that have caused two of the bloodiest conflicts worldwide.

However, as a young European woman I do not want to discourage you showing the weaknesses of the institutions and values that have represented us for the past 3, 30 or 50 years. What can gather us together again? We have to focus on citizens not just markets. There is hope for a “united Union” and hope for the peoples that once established Democracy.

Once per month, I am going to raise awareness on sustainability,  a necessary prevailing value in the EU, through examples at local, regional or national level and as a counterweight of other “values” that occupy today front pages. Keeping our environment safe, having a sustainable and inclusive economic growth must become reasons for Union in these uncertain days.

In 1987, Juan Manuel (Spain) and Simona (Italy) decided to build a bioclimatic house in Madrid. Now Samantha, their daughter, has planted a vegetable patch. Do you want to know their story from a citizen perspective?

Do not hesitate to send me any novelty/news about this issue and have a voice in Europe! Irene.vivas.lalinde@gmail.com