Development and Eradication of Poverty in Tunisia

Development and Eradication of Poverty in Tunisia

How many poor people in Tunisia and what regions in our country are experiencing the highest poverty index before and after Tunisian revolution, or if there is a progression or a decrease?

Is there a universal definition of poverty? 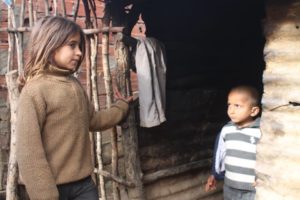 In this article I will try to answer all these questions and draw a map of poverty and the poor in Tunisia.

We all agree that a person who lives under conditions that do not allow him to exist worthily according to the legitimate and vital rights of the human person and who condemn him to follow painfully from day to day.

And according to the United Nations organization, the poor are like everybody earning less than a dollar a day, but the World Bank knew about poor countries as low-income countries, with per capita income of less than $ 600 a year 1.000 Tunisian dinars.

At the time of the dictatorship in the celebrations of the World Day of Poverty Alleviation in 2009 the expelled Ben Ali claimed that his policy is based on the completion of one of the deep and comprehensive reforms aimed at the development of The Tunisian economy, focusing on the provision of a social safety net to protect the fragile, which allows rate growth of nearly 5% over the past two decades.

And achieved the achievement of the social security coverage ratio was 93.3% in 2008; it also managed to reduce the illiteracy rate to the extent of 18.1% in the same year. In addition, this person realized the National Solidarity Fund 26/26 in 1992 as a way to help the poor. But in reality it is a target that served his personal interests and his entourage throughout the long sapériode.

After the revolution in 2011, the truth proved, under the political pressure and the state of social disintegration that Tunisia is experiencing lacked on an equitable distribution of wealth between the parties that contributed to the widening of the gap and to divide The society between the poor and the average, but had disappeared from the middle class and joined them with a layer of poor.

And not only because of the efforts of the State but mainly thanks to the donations and the help of the segments of the society also private media has deployed considerable efforts (the plates of discussion and the advertisement … etc) to encourage us to act.

Influence of the media on the elimination of poverty in Tunisia: 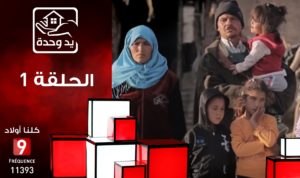 Since television channels shape thoughts indirectly orient them and influences, they promote the cultivation of gifts. Moreover, the programs give us the opportunity to have information on special cases that live in pitiful, shocking conditions (below the poverty line) and they condition us their condition. For example, the artist and the Tunisian actor “JAAFER EL GASMI” in his program “YED WA7DA” he does everything possible to find the homeless, the elderly people who are subscribed by their family.

Then he makes a rescue call to help them. 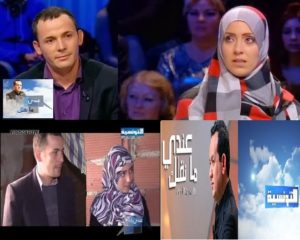 Also another reality TV is «ANDI MANKOLIK” who tries one thousand times to satisfy the needs of poor families. And we cannot forget the case of a young couple without subsistence who lives with their baby in an unfurnished cottage … But after the aids and donations of these programs and many donors they now manage a life that really suits human beings now and finally they know the meaning of happiness and life in pink…