The relationship between youth society and civil society: Citizen Participation

The relationship between youth society and civil society: Citizen Participation

The experience of Menzel Abderrahmen is based on the associative work as a central element of requalification of the places of life, to lead to a collective responsibility for the maintenance of an isolated garden.

This process was supported by a local association, LAMECHMAL team Bizerte that of the garden Manoubi Boussandel in collaboration with the commissariat of youth and of sport. 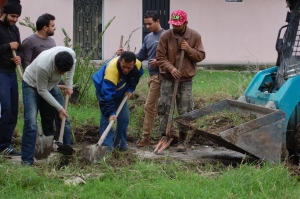 In order to understand these mobilizations, it is necessary to recall the cultural importance of the painter Manoubi Boussandel and the economics of this garden at Menzel Abderrahmen, that is a space that models their morphology, not very dense, their urbanity, and the sociability.

It is also a space of collective and personal relation to the proof that the participative approach excites between the public actors and the civil society.

One notes well the participation of the municipality of Menzel Abderrahmensuite to a request on the part of Lam Echaml Bizerte.

We take the liberty of planting, for example.

Parks and public gardens are very popular. The preservation of green areas remains a central theme for improving the urban environment.

In the case of Menzel Abderrahmen, are the initiatives of most environmental associations?

If we add to this, we can understand the persistence of the theme of nature in the mobilizations in favor of improving the quality of life…

Following this, we note:

A preparatory meeting for the follow-up of the project, which will be located in the city of Menzel Abderrahmane accomplished.

In addition, it has access during the schema project for the purpose and logistical difficulties and finances and will take place on Thursday 15 December, here 2016.

– Regional delegate of youth and sports Mr. “Abdel Karim Alaftnasa” supervised with “Mukhtar al-Obeidi”, a follow-up project to be carried out in the city of Menzel Abderrahmane between the components of civil society and regional commissioner for Youth and sports, which represents the creation of a public park named after the artist’s studio at the end of ‘Manoubi Boussandel’

– The working group visited flower manufacturer Bizerte to prepare for the creation of a public park at the menzel abderhmen’s  space house on 22 December.

This day is also known for visiting a beautiful certified home and an overview of the work and looking at the parties that can contribute to this project and it was decided to hold an audience on Thursday, December 29, 2016 at 4 pm at the headquarters of Governorate the presence of all parties.

– Campaign to clean up a second park.

– Create a garden space the fourth , the 5 and the  sixth  January 2017 and there is a visit to Mrs. Toxicity complete to ensure the project works.

– The completion of the basin and the planting of trees and ornamental plants, on seventh January 2017.

This phase is the first part of the project, which will continue until the completion of the

A project  whose demonstration project is the collective organization of a garden in the middle of one of the great ensembles of the city.

Club Lam Echaml of  Bizerte organizes several meetings to try to get the support of the city.

Representatives of the city as well as public actors including the governor are invited to the opening seminar on 21 March 2017 it will be even be the date of the youth’s festival in Tunisia. 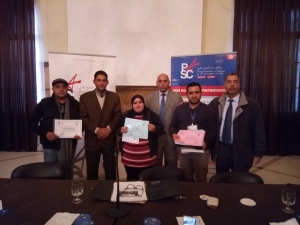 A good strategy for a better Menzel Abderrahmen