Once upon a Time, We were Humans

Home/Citizen Journalist - Citizens' & Partecipation, Dominik Bartol/Once upon a Time, We were Humans
Previous Next

Once upon a Time, We were Humans 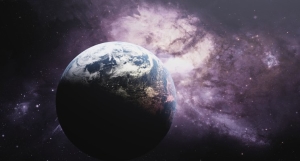 It seems like a distant past when We used to see the People voluntarily contributing to the community on every day basis. Truly; it was irrelevant whether they were strangers or not, because that was the mentality of the older generations.

People used to pay more attention to other People within their communities, and in general. So, what happened to Us? Is it possible that the poverty among Us, has reached such critical levels that We became so poor that We can’t even pay attention?

Not so long ago, the People were empowered with the practical knowledge of things; and as We arrived into the modern times, We have found ourselves being full of theoretical knowledge and speculations, which cannot be applied in the area where it matters the most. Ergo, in Life. That is why most of the younger generations that are being highly educated on the academical levels, hardly know how to change a light bulb.

On the other hand; most of the older generations that are experienced and skilled within the practical areas, aren’t able to keep up with the never-ending rise and supernaturally fast development of the technology. On top of that, there’s a great social gap in the communication between the generations, which improves the inefficiency and disables the possibility of collaboration between the People.

Again; there’s that same question that troubles the worried Mind.

Since time equals money, and the only living organism on the planet that values Time as such, are Human beings; doesn’t that mean that We already have all the resources at Our disposal?

I have to admit that every time I look out of the window and think about the World, I find myself in the states of the absolute confusion. Was the Civilization made by the money, or by the People?

Even though the practical knowledge is extremely important to Our survival, We must not underestimate the power of studies such as Philosophy, Language and Culture, History, Psychology and Sociology; because without them, We would not be able to understand the very things that make Us Human.

Without the studies that are able to provide the guiding Light required to enlighten the Darkness of modern times that We are trapped in, We would be like the Universe without the Stars.

But, without the support of the People, nothing will be achieved. Therefore, raising the awareness level and motivating the citizens is of extreme importance.

It is also hard not to understand the passiveness of the People; because between 8 or more hours of daily work, and another 8 or less hours of sleeping, there’s not much time left. So, unless We are the machines that do not require food, water and rest; how can We expect to make a change?

Yes my dear Brothers and Sisters. Because We all belong to the same Society, this is the part where We can pin something on the Government as well.

Government has all the information and statistics that We need. How much food do We eat. How much money We make, and how much do We spend. How much water We drink. Everything. Therefore, it is the responsibility of the Government to provide the relevant facts to the People, and to organize the education in the way that makes sense; because the People do not have access to the relevant facts and the information. At least not on the required level of understanding.

We all need to wake up, and start acting together in common sense. The Government is the part of the People, elected by the People; not the other way around. The People gave their votes; not their free will and their Power of choice. Therefore, the actions of the Government are suppose to organize and lead the People; not to rule over them, but to guide them.

If the community needs food, water, clothes and shelter; isn’t the obligation of the Government to provide the sustainable solution? To organize and educate the People in all the required fields, so they can contribute to the community in the most efficient ways possible? This is Human Rights We’re talking about.

Could the education that solves the problems be considered as ‘quality education’; and in that case, aren’t all genders equally contributing to the Society?

Wouldn’t this solve the problem of hunger? Isn’t this organic approach beneficial to the health and well-being of the community?

If so; aren’t We ensuring the decent work and economic growth of the Country as well? Isn’t this an actual innovation in the field of industry and infrastructure, which helps to reduce the inequalities?

Since the workers need to live somewhere; doesn’t this form the new sustainable communities and cities? Could this be what We call a responsible consumption and production?

Is there a chance that local farming, manufacturing and production would actually contribute to the climate action because it reduces the pollution caused by transport?

Further on; by providing the fresh food which has more quality nutrients is way more beneficial for the body.

If We all seek peace, justice and strong institutions, We should stop looking on the outside, because it may all be found in the Mind and the Heart of the People that are in partnership for the mutual goals.

We all heard that the Human beings have a free will, and We all know what it is. It is the power of a Person, to make a choice; irrelevant whether the choice was conscious or not. Therefore, one of Our main problems, that We are facing as a Society, is the unconscious usage of the free will. Even if We are passive about the subject, We are still making a choice of not acting upon it.

So let Us be conscious about a choice. What do We actually need? We all breathe the air, drink water, eat food, and sleep within the shelters. Therefore, the only thing that We, the People actually require, is the help, knowledge, support and understanding of other People within Our communities, the Government and the Society in general, in order to provide the basic Human needs for all the People.

This is why the sustainable development projects that are based on Human Rights, should be considered very important, and of extreme value. The technology may change, new types of governments and alliances may form, and even the World may change; but the needs of the People will always and forever remain the same. Therefore, to invest in the People, is to invest in the optimal Sustainable Development project.

Humans are selfish organisms. So let Us avoid falling under the influence of ignorance, anger and greed. Let Us use that selfishness and create a better World.

Let Us protect the Nature, Environment and other conscious beings living on the planet; not because We are kind and generous, but because We are selfish, and We love the planet Earth, the People, and all the Life that surrounds Us too much to watch it suffer or die!

Even if the choice might be the illusion, created between those with Power, and those without. But, it seems that the only true problem of Our potentially beautiful Society is the perception of choice, in the collective Mind of the People.

Thank You for your Time.

Read this on Linkedin.