If you visit my country the most common thing you will ever hear is complains about lack of working places or even their non-existence.

As we all know,  two completely different structures like public and private sectors are creating working places itself, but what will happen if they unite for one purpose? … Of course the cooperation of private and public sectors (PPP)  is not innovation, but it cannot always be as productive as we all want. 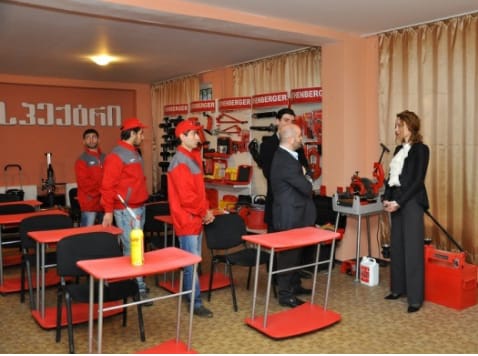 The main sectors for PPP are: education, infrastructure, health, energy technologies, water supply and others. The first PPP was made in Britain in 1996. After that many things have been changed and improved. As a result we see that approximately 306 $ billion investment was made in India, 88 $ billion in Turkey and 402 $ billion in Brazil.

Personally, I think that the more examples like this we have in the future, the more developed will be country itself. The cooperation of these two units is very important, because very often one part has something that the other doesn’t and this way they somehow supplement each other.

I can give good example that proves what I’ve mentioned above: the college “Spectre” which was established in my country in 2013 by the collaboration of public and private sectors and which gives to every interested persons the opportunity to study for free. What is more the students of this college have chance to get good job opportunities.

With this example I’m not really trying to popularize the college itself, but what I’m trying to say is that this kind of projects are one step forward for the development of the country as it reduces the number of unemployed people, not only in Georgia but worldwide.

I must mention that Georgia gradually moves forward on the way to improvement but it still needs so many things to do to achieve the aim.

The unity of these two sectors is important in every sphere and in every coumtry. For example the U.S. government is looking for private companies to help them with the project called “Feed The Future”. When I visited their official website there was written: “The U.S. government can’t achieve global food security alone. We need businesses with expertise and a desire to expand into new markets to help make it happen”.

This project aims to equip small farmers with necessary working tools to improve their income. This kind of projects not only helps farmers to be employed but it also makes healthy environment for agricultural economy. This project is called “Feed the Future” and it can be said that it is very productive and successful project. My point is that the main reason for its success is the cooperation between public and private sector.

Last but not least, I want to say that the only way that country can be economically and socially strong is to unite our forces, this way we will be able to do more than we do individually.

Read this article in Georgian here.