The referendum on the UK membership to the EU made me deeply reflect on the tools for democracy and question the referendum as the truly highest democratic tool. It made me think that sometimes direct democracy is not the best solution. 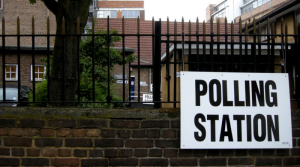 Don’t get me wrong: I have no sympathy for authoritarian systems or oligarchy. However, there are different versions of democracy. One important distinction is between direct democracy (like referenda) and representative democracy, where in the latter elected politicians take decisions. Politicians,quite clearly, are elected by people because they should be experts, able to take difficult decisions with a clear awareness of the consequences.

Students, for example, are not asked whether they want to go to school. Similarly, there is no referendum to ask for the reintroduction of the death penalty. In both cases, we can imagine the result of the vote of the majority. Instead, these kind of choices need a political vision. In fact, education until high school and abolition of death penalty are somethings that we are particularly proud of achieving in Europe.

Obviously, it is sign of a healthy democracy to have an open dialogue between citizens and decision-makers, but the challenge with direct democracy is that it can give immediate power of decision making to the people, where they can be manipulated or act simply on emotions, especially when there are cases that require attentive knowledge and perspective on the future. I believe it is possible to understand when and how a referendum is a good idea, by analysing the situation carefully and with common sense. After all, this is what we all do when we have to take important decisions for ourselves.

I come from Italy and some people object to me mentioning one particular Italian referendum as a point of discussion. Their objection is that they believe it is a good example of people being called to express themselves and, in their opinion, a similar case to Brexit. But I disagree. Italy indeed had an historical referendum in 1946, to decide whether to keep the monarchy or become a republic. In that case, however, the situation was quite different: There had been a Second World War and the monarchy had supported Mussolini, who had led Italy into that devastating war. The country was torn and needed reconstruction.

The current UK situation, by contrast, has become quite chaotic after the referendum. Moreover, just to stay on the Italian example, the Italian Constitution, in force since 1948, doesn’t allow referenda in some cases — such as for tax and budget laws, amnesty and pardon, and for authorisation to ratify international treaties (art. 75). Clearly, there are circumstances that the legislator has considered too dangerous or delicate to leave at the people’s decisions.

Was this referendum worthy? No, not even for one single life.

If I look to Brexit, I tend to be extremely concrete, rather than indulge in abstract thoughts on the triumph of the people’s voice. In reality, I don’t see neither consideration nor responsibilities. I see instead quite a split country, without certainties about what is going to come. I see a woman, Jo Cox, mother of two children, who has died. I see many people, especially young people, who wanted to stay EU citizens and have the UK inside the EU; now they will have to live with the consequences of something that they did not choose. The whole of the UK has become the laughing stock of Europe. Was this referendum worthy? No, not even for one single life.

The politicians, also, proved to be everything but responsible. First, David Cameron: he promised the referendum for personal goals, as an attractive reason to get re-elected. He obtained (additional) special agreements with the EU and then campaigned to remain, asking the EU institutions to stay out of the debate. He lost, burned himself and his own country.

Another is Nigel Farage, a man that has received his salary as a member of the European Parliament for 17 years and has spent the same time working towards Brexit, mainly by insulting and mocking the EU. His party led an extremely xenophobic and racist campaign, and lied about the amount of money that the British Healthcare System will have when no EU contribution will sustained it. Farage quit as soon as he obtained what he wanted and the first problems began to pop up. No wonder, by the way: his actions were always destructive and never ever constructive, so he never really had a follow-up plan.

This is what made me seriously contrast some friends and acquaintances who were trying to give me ‘democracy lessons’. The did so by calling on abstract phrases that I could sum up with “the power to the people is always good, let them decide, it is democracy and we have to accept it”. Yes, we have to respect the result now, but at least let’s not pretend to fool ourselves. Who is winning here? People like Farage, Le Pen and all the nationalist leaders. This is the reality. Such an outcome is already legitimising more racism in the UK. These politicians’ rhetoric is full of fear and hate. How is it possible to call it a win for democracy?

Also the result of the referendum made me wonder whether a 48–52% result is really representative, especially on such important issues. What about the areas where the majority voted to remain, like Scotland, Northern Ireland and the city of London? As far as we know, they will be dragged out the EU against their will. It also gives the green light to further divisions, since Scotland, for example, already called for another referendum to separate from the rest of UK, in order to stay in the EU.

In this case, I think that the consequences of this referendum are too heavy and citizens have been greatly exploited, while the main politicians involved have simply washed their hands. Many who voted just followed their personal discontent, at a time where the EU has become the scapegoat for all the bad things in the world. The UK is now, unnecessarily, on the edge of a great uncertainty, in a moment that is truly unfortunate for this Union.

Personally, as a young European, the Brexit has also an impact on my perception of the country, because I can not avoid feeling less welcome in the UK.

The future could not be so rosy also for the other member States of the EU either, because the Brexit is likely to affect other Europeans on the political and economic level. The situation of EU work immigrants in the UK has already become uncertain, especially the ones that moved there recently. Among them, there are many of my Italian compatriots, for example. It might be more difficult to move there to attend a British university, to continue the Erasmus Mundus programme for which I’m part of, and in general to travel to and fro. Of course it all depends on the future bilateral agreements between the EU and the UK. However, also with bilateral agreements it is hard to believe that the UK would only get the benefits of a member State without being one anymore, and avoid all the parts that it does not like. What would it be then the meaning of being part of the EU?

Personally, as a young European, Brexit also has an impact on my perception of the UK, because I cannot avoid feeling less welcome in the country. I am also worried that other populist people will take the lead in other EU countries and reproduce other ‘Brexits”. As Europe has experienced in terrible wars, nothing good can come from demagogic leaders. Some people say that the EU will actually be better placed to move forward without a historically recalcitrant member State. I am not sure about that, but I truly hope that this event will help more young Europeans to wake up. It is about time to start paying more attention and caring about democratic achievements that are often too easily taken for granted — and many of my generation are far from doing this.

Direct democracy has its own dangers. The referendum is only one tool, which is not good or bad in itself, but it is the use that it is made of it that we should be wary of. Therefore, it is not correct to identify democracy only with direct democracy. This is why representative democracy is there too, and maybe it is time to appreciate it more.

If I have to look for a positive side in this story, I can only hope that it will push for reformation inside the EU, so that people can perceive it closer to their needs. At the same time, maybe it will create a chance for reflection in the UK, in order to evaluate what being (or having been) EU citizens really meant to them.

You can find the original article here.