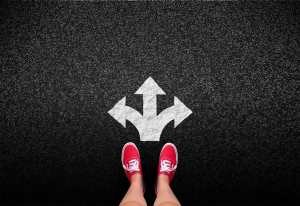 Time has passed since we considered the State as our main interlocutor.

States, governments and structures have been evolving since men have been trying new ways to organise themselves – history teaches us this. From Absolutism to Liberal States, Monarchies and Republics – we don’t have to go back very far in time – States and governments have never been so inclined to cater to citizens’ requests as when it happened within the decades of the Welfare State. It has satisfied our essential needs, from health to security and educational requirements, and played a crucial role in fostering significant innovations too[1] . Nowadays, we are contributing towards taking tremendous steps backwards not only with public spending cuts, but also with meeting necessities: the Welfare State, as we know it, is no longer able to guarantee the same benefits as before, and there is the urgency to reformulate its central role.

The Private Sector has already moved towards this direction, demolishing the old perception of a ‘natural’ contrast with the Public Sector and providing citizens with services typically perceived as governments’ territory only (from unemployment, to healthcare and housing). The book “Solution Revolution”[2] gives plenty of collaboration examples, especially highlighting the birth of a new entrepreneurs’ category who do not see profit as the main incentive, but as a means to sustain long-term objectives for social purposes.

As for citizens, they are finding ways to solve everyday problems[3] with low-cost solutions and by taking advantage of existing channels (yes, I am talking about the well-known Sharing and Collaborative Economies); and what we can sense from our surroundings is the already-emerged will of greater inclusion in decision-making processes and more empowerment at local levels.

Time seems to suggest a shift from the passive and classic ‘care receiver’ to a more active ‘care solver’, in which deep interest from the general public finds its expression in taking direct action.

Things are already moving forwards, we just need to decide whether to board this train or not.